Doctors are helping patients who still do not believe that Covid-19 exists despite being treated for the virus in hospital.

At a press conference on Thursday, Sir Simon Stevens, chief executive of NHS England, rebuked people who denied the existence of the virus, which has caused more than 79,000 deaths across the UK so far. He said that protesters were sneaking into wards and hospital waiting rooms seeking “proof” that the pandemic was a hoax, and accused them of being responsible for deaths.

The Times has uncovered evidence of more than 30 hospitals and testing sites being targeted by the conspiracy theorists. 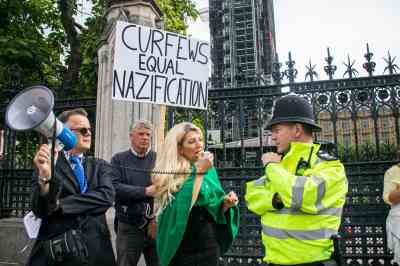 David Oliver, an NHS consultant physician who works on coronavirus wards, said that footage of hospital invasions was fuelling abuse and mistrust