The UK government has warned Covid-19 infections are rising in some parts of the country despite the success of the vaccine rollout.

At a Downing Street press conference on Friday, health secretary Matt Hancock said one in five local authority areas has seen a rise in cases in the last week.

And in a “sobering warning”, England’s deputy chief medical officer Jonathan Van-Tam said there were “quite a few areas of the UK that are burning hot”.

He added “this battle is not won” and urged the public: “Do not wreck this now.”

Amid fears the spate of good weather will lead to lockdown rule-breaking in coming days, the scientist urged people not to be tempted to resume visits to other homes as the “weather is getting better, gonna be a nice weekend”.

Van-Tam said: “Although it is generally good news, I’m afraid it is better news in some places than it is in others and this is not a battle that we have won yet.

“In some parts of the UK, case rates are changing, albeit slowly, in the wrong direction.

“This is not a good sign and reinforces the fact that I’m afraid this battle at the moment is not won.” 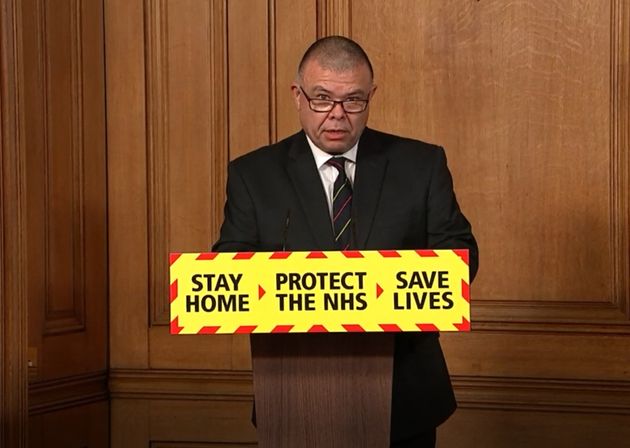 Van-Tam added that he worried “people think it is all over”, and that the country had to “hold our nerve” or risk falling at “the last furlong”.

He said: “Please don’t be tempted to think, ‘Well, one home visit might be alright now the weather is getting better, gonna be a nice weekend – one small gathering in your house won’t really matter.’

“I’m afraid it does and the data on the slides speak for themselves.”

Van-Tam, who has a fondness for analogies, compared the situation to a football match: “It is a bit like being three-nil up in a game and thinking, ‘We can’t possibly lose this now’ – but how many times have we seen the other side take it four-three?

“Do not wreck this now. It is too early to relax. Just continue to maintain discipline and hang on just a few more months.”

Asked if the rising infections in some areas could mean the government reintroduces local lockdowns when the national lockdown ends, Hancock said: “These regional disparities are smaller than we saw in the autumn. We don’t rule out taking local action in an individual area if we see a spike, but the goal is for us all to come out together.”

The latest official figures show 18,691,835 people have so far been offered at least one dose of a vaccine.

On Friday, scientists advising the government said people under-50 will be offered a Covid vaccine in order of age because prioritising key workers would be too complex.

The Joint Committee on Vaccination and Immunisation (JCVI) revealed its plan for how the second phase of the immunisation programme should be rolled out. The government says all four nations will follow the guidance.