Ministers are planning a ‘Listen to Nan’ campaign to persuade younger adults to get the coronavirus vaccine, it was claimed today.

The Government is aiming to have given the first dose of the jab to the top nine priority groups – all those aged 50 and over – by mid-April.

The second phase of the rollout will then see jabs given to all remaining UK adults by the end of July.

Ministers reportedly believe a message from an older family member is likely to be more effective at encouraging younger people to get vaccinated than a government instruction. 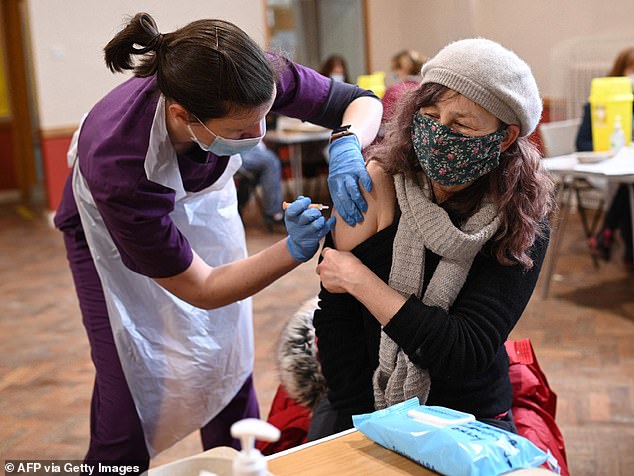 Ministers are said to be working on a ‘Listen to Nan’ campaign to persuade younger adults to get vaccinated. A vaccination centre in Sheffield is pictured on February 20 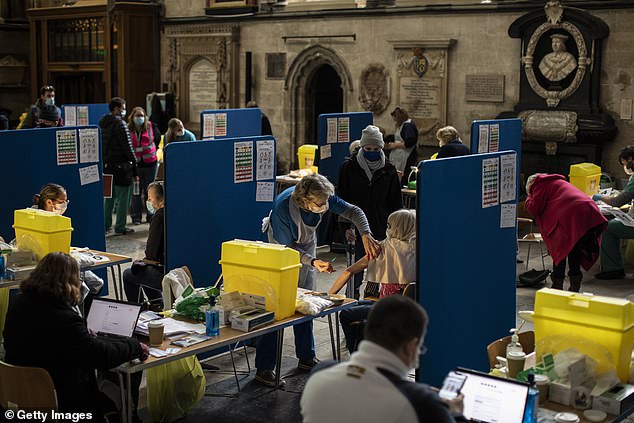 As a result ministers are working on a so-called ‘Listen to Nan’ campaign, according to The Sunday Telegraph.

The campaign will seek to enlist the help of grandparents and parents to persuade their adult children to get the jab.

One minister told the newspaper: ‘The most influential people in a decision whether to take a jab or not are the people that they love, and that they are with.

‘That matters much more than anything else.’

The Government is hoping that the nation’s vaccination drive will accelerate in the coming weeks as second doses are offered to many of the most vulnerable.

Vaccines minister Nadhim Zahawi said: ‘We will see an uplift in March in terms of that rate of vaccination to be able to hit that mid-April target [to vaccinate all the over-50s].

‘If you are having to do second doses as of March and continue the pace of first doses you have got to double the vaccination rate.

‘We had to build our infrastructure so when the vaccines come we can deploy at speed.’

The Joint Committee on Vaccination and Immunisation set out its recommendations last week for the second phase of the jab roll-out.

There had been calls for some key workers to be given priority but the JCVI said it would continue to recommend conducting the roll-out on the basis of age.

Therefore once the top nine groups have been vaccinated the roll-out will then move on to people aged 40 to 49.