Researchers found that one in 10 healthcare workers reported fatigue or a loss of taste and smell more than 30 weeks after clearing the infection.

What’s more, these moderate-to-severe symptoms were having a negative impact on their work, social or home life.

The team, from the Karolinska Institutet in Stockholm, Sweden, says that the findings provide further evidence for the importance of vaccination. 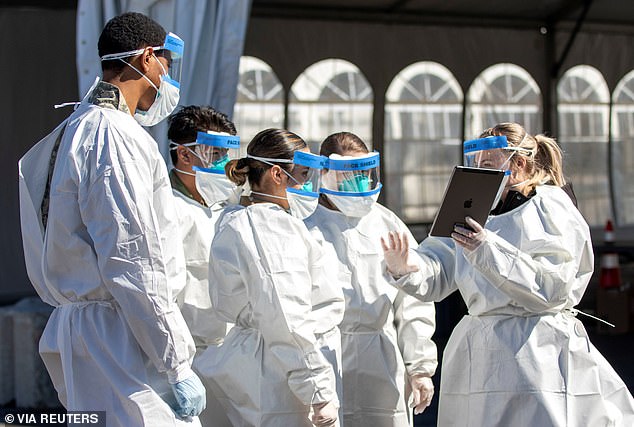 A new study found that 26% of COVID-19 survivors had at least one symptom that lasted more than two months and 14.9% said they had symptoms that persisted after eight months. Pictured: A Department of Health employee trains New York Army National Guard soldiers to register people on iPads in New Rochelle, New York, March 14 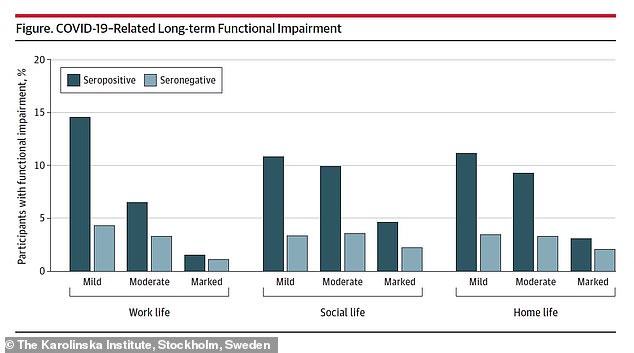 In the COVID-19, group 11% said their symptoms affected their work, social or home life compared to 2% in the control group

For the study, published in JAMA, the team collected data from the COMMUNITY study being conducted in Sweden, which looks at immunity after coronavirus.

In the first wave, blood samples were collected from 2,149 employees at Danderyd Hospital, in Stockholm, between April 15 and May 8 of last year.

Every four months, blood samples were drawn and participants answered questions about long-term symptoms and their impact on quality of life.

In a third-follow up, in January 2021, the team looked at 323 healthcare workers who had had mild COVID-19 at least eight months earlier and compared them with 1,072 employees who had not has the disease up to that point.

Results showed 26 percent of those who had tested positive in the past had at least one symptom that lasted more than two months compared to nine percent in the control group.

The most common long-term symptom was loss of smell, experienced by 14.6 percent at least two months later and by nine percent eight months later.

Rounding out the top three long-lasting symptoms were fatigue and loss of taste, respectively. 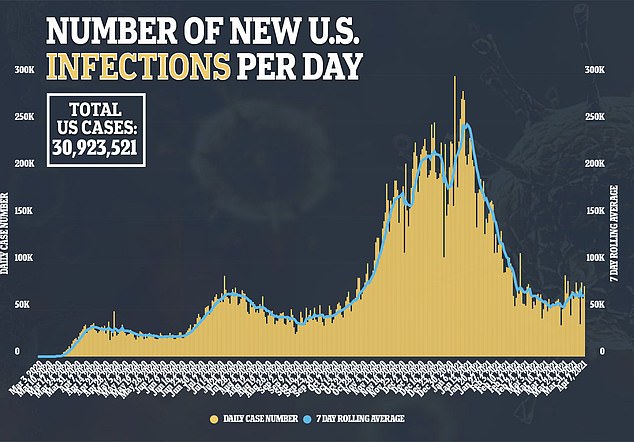 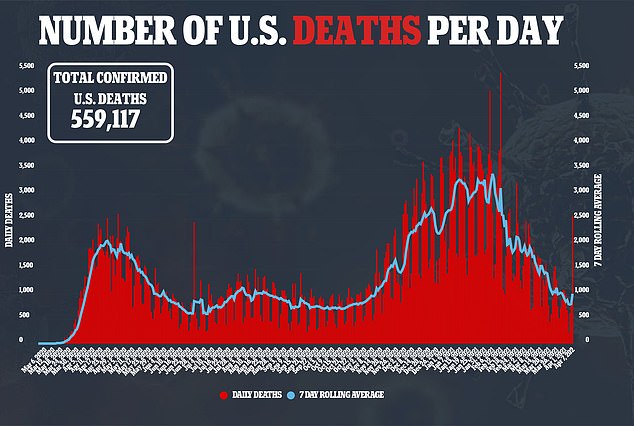 Eleven percent of the COVID-19 group said their symptoms affected their work, social or home life compared to two percent in the control group.

‘We investigated the presence of long-term symptoms after mild COVID-19 in a relatively young and healthy group of working individuals, and we found that the predominant long-term symptoms are loss of smell and taste,’ lead researcher for the COMMUNITY study Dr Charlotte Thålin, specialist physician at Danderyd Hospital and Karolinska Institutet, said in a statement.

‘Fatigue and respiratory problems are also more common among participants who have had COVID-19 but do not occur to the same extent.

Thålin noted that only between one and two percent of COVID-19 survivors said they were experiencing concentration impairment or memory impairment.

‘However, we do not see an increased prevalence of cognitive symptoms such as brain fatigue, memory and concentration problems or physical disorders such as muscle and joint pain, heart palpitations or long-term fever,’ she said.