By Christine Rendon For Dailymail.com

Naomi Watts enjoyed some fresh air with her son Kai and their furry friend on Tuesday.

The actress, 52, was spotted out in New York City on the same day she revealed she received her second COVID-19 vaccination shot.

It’s not clear if Naomi had already gotten the jab by the time she was spotted with her youngest child, 12. 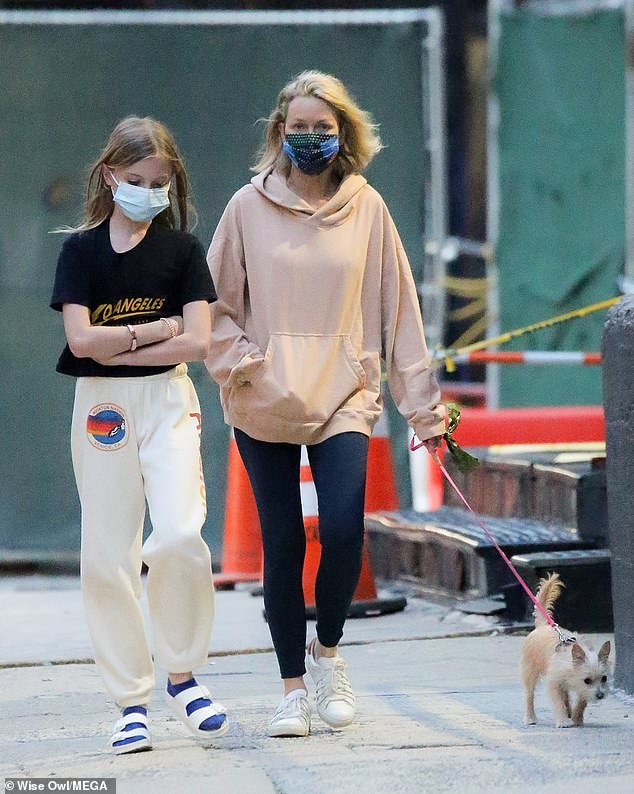 Hitting their stride: Naomi Watts enjoyed some fresh air with her son Kai and their furry friend in New York City on Tuesday

Naomi kept it casual for her leisurely outing with her family.

She covered her complexion with a stylish polka dot face mask.

The actress appeared in good spirits as she enjoyed a relaxed walk through the Big Apple with her son, whom she shares with ex Liev Schreiber. 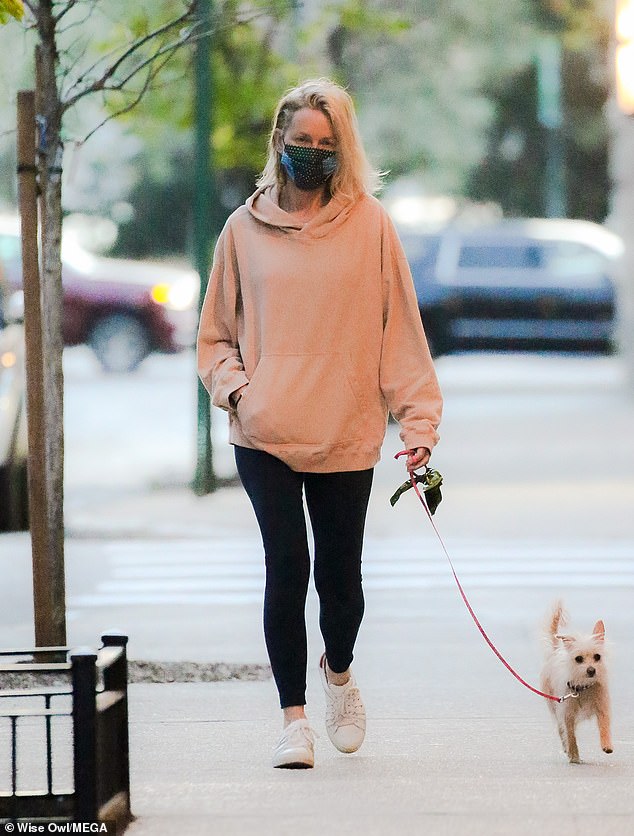 BFFs: Watts guided her four-legged friend along by a pink leash

The couple, who were together for 11 years, also share 13-year-old son Sasha.

Naomi announced she had received her second COVID-19 shot on her Instagram account, where she posted a photo of the band-aid on her arm.

‘Love the shot, the science and the shirt. Got that second dose! Thank you!! Here’s to getting back to biz!’ she captioned the image. 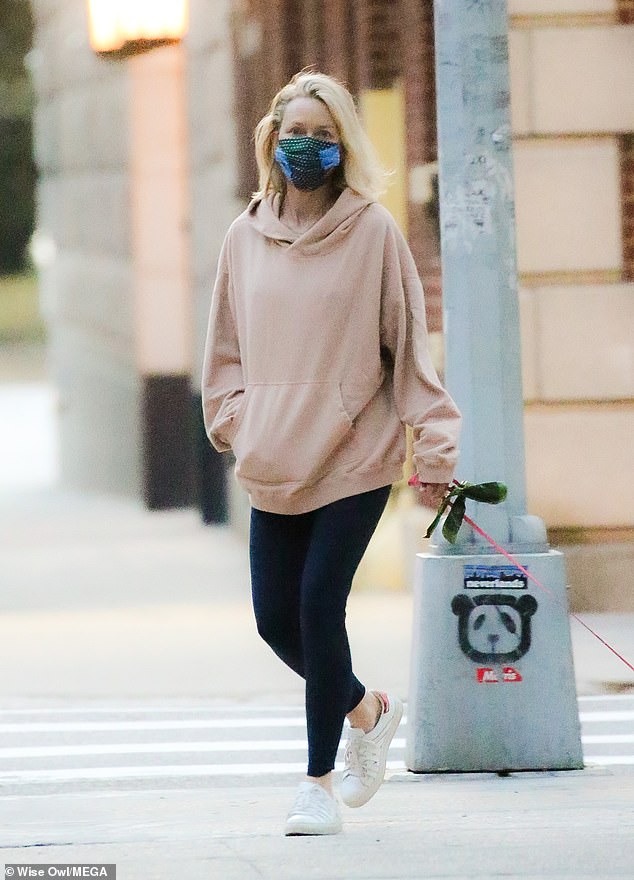 Spot on! Watts slowed the spread of coronavirus with a stylish polka dot mask

In January, Naomi reflected on the impact of the coronavirus pandemic, saying it was more important than ever for her to ‘open up’ more.

She told Vogue Australia she was seeking out lighter films and TV shows, in contrast to the moody dramas she’s known for starring in such as 21 Grams and Mulholland Drive.

‘Yeah, look, I can only do me, right? I think I opened up a whole lot more during Covid… I needed to laugh,’ she said.

‘I liked that other people might get a laugh out of some stupid things, me sending myself up. I’ll do anything for a joke!’ 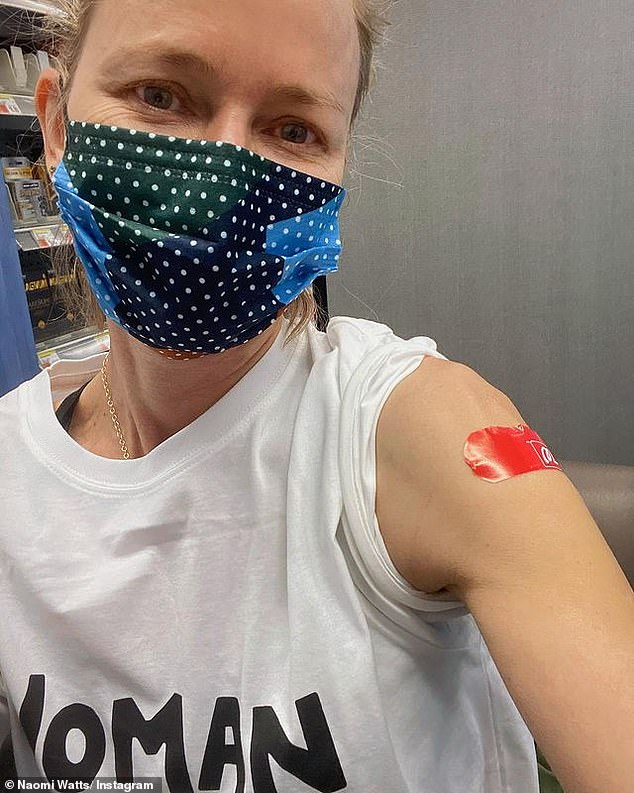 ‘Got that second dose!’ Naomi announced she had received her second COVID-19 shot on her Instagram account, where she posted photo of the band-aid on her arm